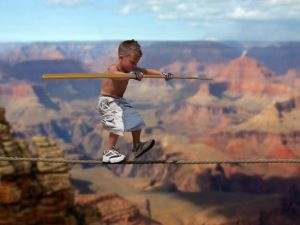 OK, before we get going here, I just want all of you to know that I made that word up.
You know . . . “boldnessity.” The title could have just as easily been “The Benefits of Being Bold” or even “The Benefits of Boldness.” But using those “common” words just felt…lame. Even more so since this is an article about being BOLD! About “BOLDNESSITY!”

Making up my own words and just accepting that you will accept them? Yep, that’s bold. But it worked. You will forevermore remember the word “boldnessity.”

Alrighty, I hear your question loud and clear: What does “boldnessity” have to do with anything about protecting ourselves from harm, Mr LaBCaF Guy? Here’s your answer:

“Audentes Fortuna Juvat” or in a more understandable form- “Fortune Favors the Bold!” 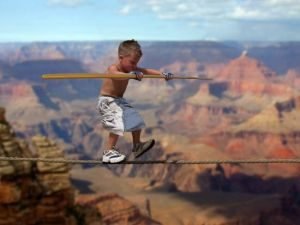 Regardless of your religion or your personal model of philosophy, you can always find a scripture, a truism, a proverb, or a story of some kind that teaches the same lesson: For those who act with faith, with boldness, or determination, for whatever reason, they seem to have a far greater occurrence of success in whatever it is they are doing. Whether you call it “manifesting,” “divine favor,” “guardian angel work,” or woo-woo weirdness doesn’t really matter. Christian? It works. Hindu? It works. Muslim? It works. Atheist? It works.

So, since it seems to work for EVERYONE who is willing to be assertive in their actions, to move forward with bold audacity in business, love, warfare, or survival, we will include it in our efforts to teach you how to fight, survive, and thrive.  In our programs we talk about how to make a decision on what to do even when all your choices look bad.  We share about the mindset it takes to move forward with a plan, even when you aren’t sure what the outcome will be.

I remember a long time ago when I was a young infantry soldier. My squad was tucked in the back of a few deuce and a half’s (big army trucks) being transported to a location a few miles from an enemy encampment. We were supposed to get dropped off, whereupon we would then quietly walk through the darkness until we came upon the bad guys. Once we arrived at their base, we would take it. Easy, right?

Well, as things often go awry in military combat settings, things went awry! Our group of trucks got a little lost out in the big night-time desert (this was before everyone and their sister had GPS systems!). So we finally stop and everyone piles out of the trucks and gets ready for a long walk carrying lots of equipment and weaponry. We didn’t have to worry about being TOO quiet to start with, since we were a mile or more from the bad guys. So we’re talking about how bad our directions were and how bad our intelligence units were and so on, when someone suddenly gives the signal to “get down NOW!” It turns out that just below the ridge where the trucks stopped, there was the encampment! I’m not talking about a couple hundred yards or more. I mean I could have thrown a rock and hit the first line of concertina wire (those long slinky-like rolls of razor wire you see on the tops of prison walls) surrounding the base. Well, apparently we should have been more quiet since now there was lots of shooting guns pointing towards us!

By the way, before all you good gentle people get too worried about me in this story, you should know that this was a training exercise. That means that although the smoke, fires, concertina wire, and adrenaline were real, the bullets were not. So take a breathe and relax, ok?

Alrighty, back to my story. Just down the hill there was a machine gun tucked behind a protective wall of sandbags. The guy running that machine gun was doing a great job! We couldn’t move anywhere! Oh, I guess it would help you to understand that we were wearing something called MILES gear. All of our firearms were fitted with a type of laser system that was activated every time you shoot. Additionally, we were all wearing sensors that, if hit by that laser, would start beeping loudly, indicating that you had been “shot.” If your system started beeping, you had to lay down and play dead until the end of the engagement. So that machine gun was lasering the living daylights out of my unit! 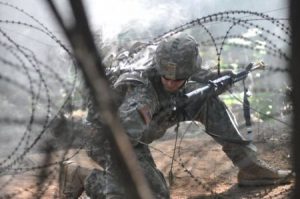 So I grabbed my buddy and said “Let’s go take him out” (not to dinner – in the military it means something else!). So we start running down the hill shooting and diving into the hard dirt to keep from being “shot.” But all of a sudden I realized my buddy wasn’t with me any more! I hear him yelling at me saying “How in the #$*^&% did you get through this?” As I looked back at his now beeping figure, I realized he was completely caught up in a roll of that wonderfully sharp razor wire!

I was as stunned and confused as he was! I didn’t see it as I was running down the hill, but it ran across the entire hillside. I didn’t jump over it and there were no spaces to get through it! Somehow or other, I ran right through it without getting caught up in it! If you ask anyone who has ever worked with or had to deal with concertina wire whether or not what I’m saying is possible, they’ll probably tell you I’m full of it! I know I wouldn’t believe it if someone told me this happened to them, but surely enough, it happened to me. The only people who believe it are me, and my buddy who was running with me. Fortune favors the bold.

The moral of the story? When things are going bad, whether its an active shooter trying to kill innocent people in the mall where you’re shopping or a natural disaster bringing the world down around you, take action! Don’t cower in fear of being hurt or of dying. Focus your mind and make a move. Run to a better location. Grab that person who is too scared to move and pull them along. Throw your quilting trophy at the shooter to distract him while police move in. Carry those children through the flames that will otherwise engulf all of you. Take action! God, the Universe, Fate, your guardian angels, Thor, or whatever label you want to apply to that unknown power will somehow work with you. You may not even know what happened later. You may not know HOW something happened or HOW you did something, but the important thing is to ACT! 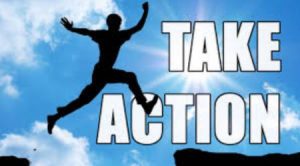 Its OK to be scared. Its OK to be terrified. Its NOT OK to give up. Its NOT OK to quit trying because things were too crazy, too scary, too dangerous. There is always a source of courage in you. All you have to do is use it. Be BOLD. Take action. Fight! Survive! THRIVE!

See? I told you you’d remember that word!

Until next time,
Cranford