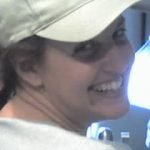 In our talks and programs about boundaries, we talk about coming up with a personal safety plan that has multiple layers of security. The more layers you can add, the harder it is for a criminal to victimize you. Criminals look for an easy target. The more difficult it is for them, the more likely it is they will decide to look somewhere else. Our job is to make it too difficult for them. So difficult that the criminal decides you just aren’t worth the effort or risk.

Check out this video of a family that really understood and implemented this plan successfully. As you will see the crooks decided to turn tail and run!

Now that you have watched the video, let’s break down the layers so you can see how this family did everything right. To begin with, this family realized that they were in a high risk area due to the attempted break in that happened just prior to this incident. They thought through their options and came up with their personal safety plan.

As you can see in the video, they had outside lighting that really illuminated their yard AND the perimeter of their home. Many times, just having the perimeter of your home lit up like this will make a bad guy keep on walking and not choose YOUR home to be his crime scene.

The second thing to notice is the camera system they installed. The homeowners were able to capture exactly what happened during this incident. Part of preparing your personal safety plan is to think through any consequences that may happen due to your decisions. In the scenario displayed in this video, having the incident captured on camera helped the homeowners extend their safety plan past the actual break in and help them show the police that they truly did the right things without using excessive force to protect themselves. This protected this family from any civil lawsuits that would set their word against the word of the criminals. 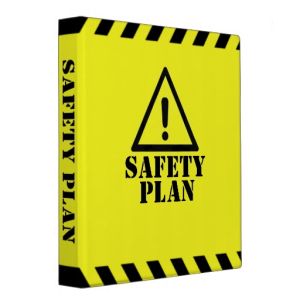 During the time the criminals were trying to break in, the resident was adding an additional layer by warning the crooks that they have a gun. This added an additional layer of protection during the incident and then again after the attack was over when the police did their investigation.

Not only were they prepared for questions they might have to explain to the police during the investigation, the home owner had spent time thinking about the possibility of actually needing to discharge her firearm. It was clear that the home owner did not want to fire her firearm, but she had mentally prepared herself prior to this situation that she may need to resort to this. By preparing herself prior to the attack she did not spend valuable time trying to decide if she was prepared to fire during the most stressful moments of the attempted break-in.

The combination of all of these “layers” would have deterred many criminals, but these crooks decided to keep on trying. However, these homeowners were ready and prepared to take claim of their own safety. When the criminals were finally entering the home, the resident chose to discharge her firearm, and the criminals ran away. Due to the safety plan this family had in place, the homeowners were not injured, the criminals were apprehended, and these homeowners made their community safer by choosing to be proactive in their decision to make a safety plan BEFORE they needed it!

They are a great example for their neighborhood and hopefully their neighbors will follow suit! Congratulations to this family! Well done, well done!