Your Friends in the Darkness! 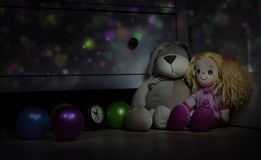 Don’t try to deny it… Those fears can hang on for a loooong time! Of course Hollywood will make sure that we are scared of the dark for the rest of our lives! Whether its vampires, werewolves, ghosts, zombies, Jason, Dexter, Freddie, or spiders, Hollywood will keep on thrilling and scaring the living daylights out of us! You’ll probably agree with me that those kinds of “scared of the dark” issues aren’t really all that bad (I mean we PAY to be scared, right?). 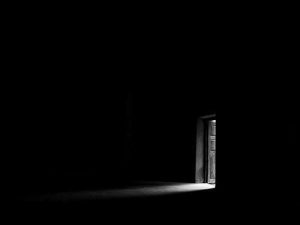 “The dark” is almost universally connected with “the unknown.” That’s what we’re really afraid of. I mean, if you know what you’re dealing with, if you can see it, some of the fear goes away (unless its a spider!). So that is why all the scariest parts of movies happen in the dark or in poorly lit areas. The creators of the show use the unknown (the dark) to build the suspense and fear.

One of the ways Hollywood can create a horrible sense of dread and terror, is by having a bad guy turn off the lights! Certainly you’ve watched a scene where a nice happy innocent girl (who is, of course, all alone) gets a scary phone call letting her know that someone bad is there. And then….

You guessed it, the lights go out.

And, yep, she (and everyone watching the show) is now scared to death! So, excluding the bad guy’s intentions, why is she soooo afraid when the lights go out?
She’s afraid because she can’t see the bad guy, and he CAN see her!
This would scare all of us, right? Well, maybe not if you keep reading!

Her thought process would probably go something like this:
“Oh no. The bad guy (or alien or whatever) turned off the lights so I can’t see him, so I can’t escape, so I can’t fight. He knows where I am and he’s going to get me. Yikes!” OK, maybe “yikes” is not today’s most popular expletive, but you get the idea. 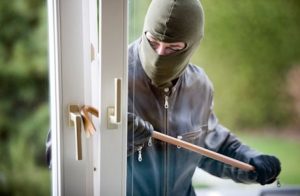 (CAUTION: trigger warning for this paragraph)
The most likely situation in our real lives where something like this could happen, is someone breaking into your home. Regardless of the reason he is breaking in, not to be too scary here, you should assume that he may attempt to hurt you. Even if his initial goal was to break into what he thought was an empty house and steal your electronics, once he realizes you are there, what was going to be a theft could become an assault (that is surprisingly common). Or maybe its a drunk and angry boyfriend/husband/neighbor, coming in for who knows what. A burglar would probably prefer for the lights to stay out in the first place. Someone else may turn them off to try to scare you, just like they do in the movies.
(Safe to resume reading here)

Let me go back and tell you about MY fear of the dark. I’ve seen plenty of scary movies and TV shows myself. Most of them are startling but funny to me since I end up seeing the illogical actions and situations that are manufactured for the movie. But every now and then, I’ll see a picture or scary something that really sticks in my mind like a gross gooey sticky bad something. And every time I walk through my dark hallway or living room or basement, those gosh-awful images like to pop out of my memory just to say a quick “Hi, remember us?” And even though I DO remember them in all their grisly detail, I can still shove them back into the dark corners of my mind where they usually live. But then my real fears of what’s in the dark come out: the table leg I’m going to kick with my bare toes, my dog (the solid black one) who thinks the middle of the hallway is the best place to sleep, the glass of soda that was left right..on..the..edge of the bar where my arm will bump it, or the pointy things that didn’t go back into the toy box when the kids were done playing. THOSE are the things that I’m fearful of! Luckily, we don’t move our furniture around very much and all the walls and corners are stationary so I generally know how to get around the house, even in total darkness. And as long as I move slowly, I can avoid the other things too (table leg, dog, etc).

Hey, remember just a little while ago when you saw this sentence:
“She’s afraid because she can’t see the bad guy, and he CAN see her!”

Well there’s something majorly wrong with it. Did you catch it? Our terrified movie starlet is thinking that, since its dark and the bad guy wanted it that way, she is basically blind and helpless while he is now totally in control! Right? WRONG!

Unless you are a enemy of the state and that “bad guy” is actually a heavily armed agent with the latest night vision optical gear, then the scumbag who has turned the lights off to steal things or to scare you is now trying to see in the dark, just like you are. But if that dark place is your home, or some other place you’re familiar with, you have a major advantage! All those things I’m scared of in the dark (the furniture, toys, sleeping dog) but can work around, those are the same things you have in your house. The movies make it seem like that bad guy can move around in your house in total darkness with no problems.

Comedies show a much more realistic view of people trying to move around in the dark. That’s why they’re funny: we’ve done or seen our friends and family trying to move around in the dark. Whether its because you have guests sleeping, or because you’re out camping, you try to move around silently. But we have all had bruised shins and jammed toes that made us yell something like “yikes!” We’ve all tripped on rocks, roots, extension cords, and coffee tables. We’ve made dogs yelp and toys squeek just by stepping on them.

And guess what? That person in your dark house, he doesn’t know where all that stuff is. He may have got a look at the room before he turned out the lights, but he doesn’t know what that noise was he just heard (it was you pushing the coffee table over in front of the door he needs to come through to get to you). And if he decides to chase you down the hallway that he “hears” you going down, he doesn’t know that the hall closet door is open because you didn’t put the vacuum away yet. He also doesn’t know the vacuum’s cord is still plugged in and running across the hallway. He has a problem, or he’s about to…

All of those things in your house that you just take for granted, that you walk around and step over day after day after day, in the dark they are the bad guy’s enemy, which makes them your friends in the darkness. Even in the dark, you know where the obstacles are, the bad guy doesn’t. You also know where all the “weapons” are in your house: the lamp by the chair you were sitting in, the can of bug spray by the wall (use it like pepper spray), the softball bat, the big glass bowl you were eating popcorn out of. In the dark, even if he hears you moving in the corner of the living room, he doesn’t know what’s on the floor between you and him. He doesn’t know that you have picked up something that you are now ready to smack him with repeatedly. He doesn’t know that what he thought was YOU making noise in the corner was actually a throw pillow you tossed over there to confuse him.
And if he’s dumb enough to turn on a flashlight, he just gave you the brightest target in the room to swing at!

Think of it this way: Would you ever crawl into a dark hole to catch the cute ball of fur you saw go in there? I hope your answer is NO! Why is that? Because you have trespassed into an area you are unfamiliar with while going after an animal that you are unfamiliar with. It might have been a cute bunny or maybe it was a cute badger… This is exactly what someone has done when they enter your home with bad intentions. He is in unfamiliar territory messing with someone he shouldn’t. That means you are not in a weak place, you are in a position of power. You actually have the upper hand. Your environment, even in the dark, is your friend and you can use it to escape or even defeat your assailant. 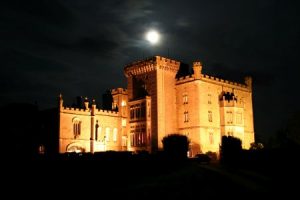 So get familiar with your home, your yard, your work place, your garage (and all the “tools/weapons” in each room). Make them your sanctuary, your fort, and your armory. Then you can make your assailant very, very sorry he picked you!